The illusion of rudeness – the myth of respect 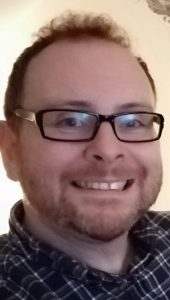 Born in Manchester and raised there until aged six, our family moved to Birmingham. I quickly learned that ‘barm cakes’ were called ‘bread rolls’ and the pronoun ‘I’ was now pronounced ‘Oy.’ Apart from that not much changed and the Midlands became home.

Aged 18, I went off to study History at University and after graduating became a Police Constable.

Fast forward several years and I decided I would like to pursue a different long term career path and instead moved in to the NHS where I still work as Specialist Lecturer in Conflict Management; I am also am a visiting Lecturer at Birmingham City University. My work focuses on the way conflict manifests in leadership, within teams, and in patients in clinical environments, often with dementia and other cognitive impairments. To keep me busy I also cover specialist workplace mediation between colleagues who aren’t getting on and provide resilience coaching for staff who work in ‘extreme’ or high stress roles.

For ‘fun’ I am a qualified football referee – which gives me plenty of conflict management practice – and I spend a lot of time watching my lovely six year old boy play football on Sundays. He has decided he is going to be the England and Manchester United Goalkeeper, which is a magnificent ambition! I love his positivity and self-belief and each day he reminds me that being a grown up doesn’t have to be boring. My best advice to everyone, be more like a six year old, it’s a brilliant way to live!