Using the arts to build relationships and reduce crime 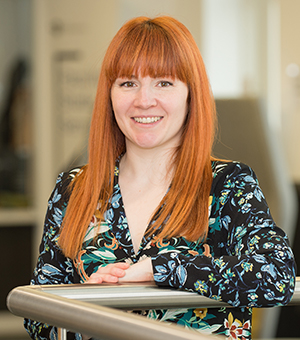 Professor Laura Caulfield PhD is Director of the Institute for Community Research and Development at the University of Wolverhampton.

Laura is a psychologist and criminologist. Her research expertise lies primarily within the criminal justice system, and she is skilled in bridging the gap between evidence, policy, and practice. Laura has received research funding from the Home Office, Economic and Social Research Council, the Arts Alliance, the NHS, the Ministry of Justice the Youth Offending Service, and several third-sector organisations. Her work focuses on the role of the arts in criminal justice, and the needs of women in the criminal justice system. Laura has significant leadership experience and is an expert in research design, and qualitative and quantitative methods. Her latest book, ‘Criminological Skills and Research for Beginners’ was published in 2018.

Laura’s work was instrumental in challenging government policy on restrictions to arts activities in prisons, has influenced the practice of arts programmes working with offenders, has developed methodological approaches in seeking to evidence the impact of the arts, and promoted a greater awareness and understanding of the arts within and beyond the criminal justice system.

In 2011 Laura received a commendation award from the Howard League for Penal Reform for her research achievements; in the same year her research was identified as ‘research that will have a profound effect on our future’ by Research Councils UK in their ‘Big Ideas’ report; her work was cited as an example of good practice by the Charities Evaluation Service in their publicly available guidance report entitled Demonstrating the Value of Arts in Criminal Justice; in 2012 Laura received special recognition from the Asian Psychological Association in bringing work on Javanese Gamelan music to the UK; in 2014 her work was used to underpin a briefing on the relationship between debt and financial issues and women’s offending in response to the Sentencing Council’s Fraud, Bribery and Money Laundering Offences Guideline consultation the Justice Select Committee’s report on Women Offenders and the Women’s Custodial Estate Review. In November 2016 she was invited to speak at the House of Lords, giving evidence to the All Party Parliamentary Group (APPG) on the arts, health and wellbeing, and her work was included in the final report from the APPG (‘Creative Health’, launched June 2017).